Collins Aerospace, a unit of Raytheon Technologies Corp., said Tuesday it plans a $30 million capital investment to expand its maintenance, repair and overhaul facility in Monroe.

The expansion is projected to increase the facility’s operational space by more than 25%, including a new two-story office building, shop floor space and an enlarged loading dock.

Collins said it is considering making another $30 million in capital investments over three years to increase additive manufacturing and rescue hoist and winch repair capabilities. Collins has requested economic incentives for the potential expansion from the Monroe City Council and Union County Board of Commissioners as part of the new MAGNET100 program.

When the brunt of the pandemic began to be experienced in mid-March 2020, Collins Aerospace had about 1,500 employees in Winston-Salem. The company has declined since to provide a local workforce update.

It is likely there have been significant local job cuts over the past 13 months considering there have been up to 16,500 Collins jobs eliminated companywide in that time. 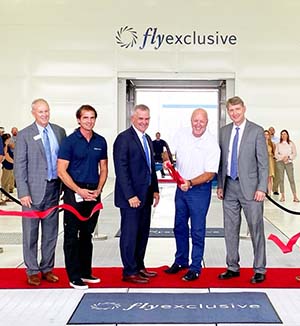